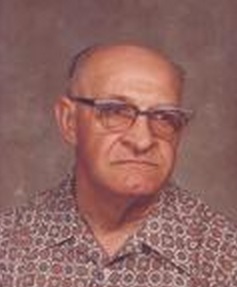 Frederick Harmon furney, 92, of Chillicothe, Ohio and formerly of Gettysburg, Pennsylvania, died Thursday, Jan 1, 2009 in Heartland Hospital, Chillicothe in Ohio. At his request, his body has been bequeathed to the University of Cincinnati, College of Medicine. Calling hours will not be observed. Military graveside services will be held at the convenience of the family in Greenlawn Cemetery. Known as Harmon, he was born July 26, 1916 in Gettysburg to the late J. Franklin and Alberta J Kime Furney. He graduated from Gettysburg High School in the Class of 1934, serving as its Valedictorian going on to attend Gettysburg College.  In 1937 he took the Civil Service examination and eventually was employed by the Post Office in Gettysburg.  On March 29, 1939 he married the former Marie Catharine Allen of Shippensburg, PA, who preceded him in death in 1979. He served in the United States Army during the Second Word War in the European Theatre attaining the rank of Master Sergeant. On August 5, 1980 he married the former Olive I. George who survives.  Also surviving are his son Robert E. Furney of Westminster, Maryland; step-children Jeanette Purdam, Rosemary (Charles0 Carter, Michael (Sharon) Debord; grandchildren Andrea Marie Furney, Frederick V Furney ad Monica Furney Goldstone all of Baltimore Maryland; Stepgrandchildren Krystal DeBord, Andy Debord, John Hollis, Tony Hollis, Jason DeBord, Sarah Debord, Susan Davis and Laura Carter; 3 great granchildren and 10 step great grandchildren. He was predeceased by his son Frederick Allen Furney; stepson, Charles Jerry Debord; and seven sisters. Fred retired in 1971 following 33 years of service as a postal clerk in Gettysburg whereupon he took up the full time profession of Licensed Battlefield Guide at the Gettysburg National Military Park.  He was originally licensed as a battlefield guide on August 22, 1951 and served in a part time capacity through his Post Office retirement twenty years later.  His badge number was 51.  He developed a wonderful reputation, often being called upon to take notable politicians on tours of the field.  He last guided in August of 1982 when he turned in his license and moved to Chillicothe where he passed away nearly two decades later.