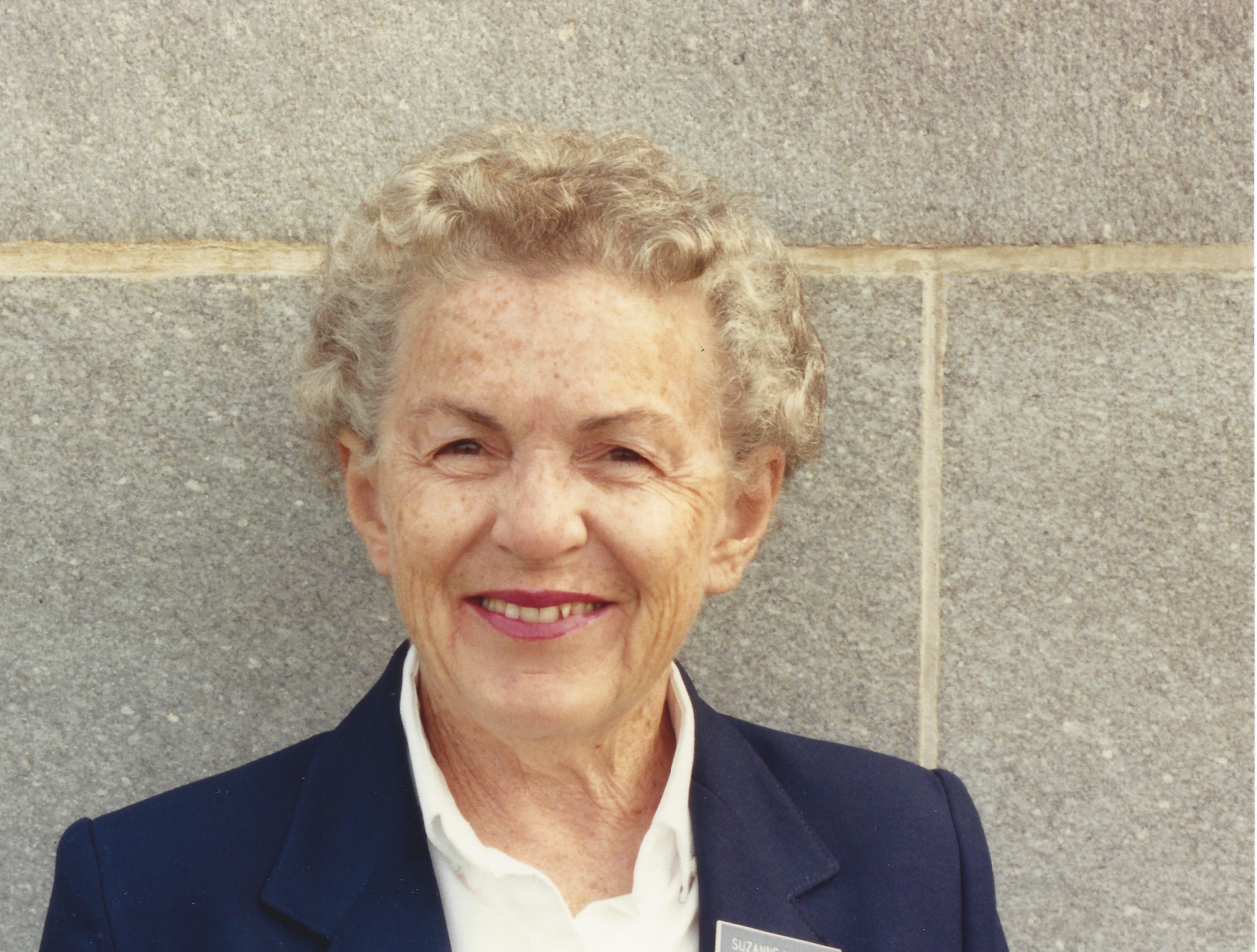 Suzanne Heiges Harbach, 89, 1075 Old Harrisburg Road, Gettysburg, died Friday, May 15, 2009 at Gettysburg Hospital. Mrs. Harbach was born January 30, 1920 in Harrisburg, the daughter of a brake inspector for the Pennsylvania Railroad, Ray Heiges, and his wife Susan Crouse Heiges.  Mrs. Harbach’s husband of 57 years, Dr. Harrison F. Harbach, died in 2001. Mrs. Harbach was a longtime member of Trinity United Church of Christ where she had served on the Consistory and as a Sunday school teacher.  Suzanne was a graduate of John Harris High School in Harrisburg and a 1941 graduate of Gettysburg College, where she was a member of Delta Gamma sorority.  She met her husband, Class of 1939, at Gettysburg College.  Mrs. Harbach was the first in her family to graduate from both high school and college. Suzanne taught 1st grade in the Littlestown School District for 25 years, retiring in 1985.  Following her retirement, Mrs. Harbach became a Licensed Battlefield Guide, served as secretary for the Association of Licensed Battlefield Guides, and became a  Guide Emeritus.   She was first licensed in April of 1984 and served until she gave up her license following the 2006 season. She was someone whose parents instilled a love of the pursuit of knowledge, and was described by a niece as being quite adventurous.  In addition to being an avid bridge player and a sewer who made a lot of her own clothing, she learned to sail and to fly.  Her husband owned a small plane, and according to her son-in-law, she thought it was important to learn how to fly a plane, too, in case something happened to her husband while she was flying with him. She took great satisfaction in her first solo flight and her accomplishment of learning how to fly. She also enjoyed traveling with her husband, as well as with fellow guides to visit other battlefields. On a later trip, she and her daughter visited her granddaughter at Bowdoin College, the alma mater of one of her favorite Civil War generals, Joshua Chamberlain. Suzanne’s love of travel was traced back to her youth, when every couple of years her father was able to get free tickets for long trips through his work with the Pennsylvania Railroad.  When she was 20, she traveled by train to California and stopped at Yellowstone and San Francisco on her way to Los Angeles. Mrs. Harbach is survived by a son-in-law, Wayne Partenheimer of Haddonfield, N.J.; a granddaughter, Kirsten Partenheimer and her husband Christopher Chesla of Stillwater, Minn.; a grandson, Scott Partenheimer of Haddonfield, N.J.; a sister, Ruth Replogle of Walnut Creek, Calif.; and a number of nieces and nephews.  She was predeceased by her daughter, Louise Ann Harbach, and her husband, Dr. Harrison F. Harbach. Funeral services will be held Thursday, May 21 from Trinity United Church of Christ, 60 E. High Street, Gettysburg at 11:00 a.m., with Rev. Roy Fauth officiating.  Interment will be in Evergreen Cemetery, Gettysburg.  There will be a viewing at the church Thursday from 10:00 a.m. until 11:00 a.m. Memorials in lieu of flowers can be made to: Trinity United Church of Christ, 60 East High Street, Gettysburg, PA 17325, or Gettysburg Hospital Foundation, 147 Gettys Street, Gettysburg, PA 17325, or Adams County Public Library, 140 Baltimore Street, Gettysburg, PA 17325. Arrangements are through the Monahan Funeral Home in Gettysburg.