The written Licensed Battlefield Guide exams are normally conducted the
first Saturday in December when the guide candidates from the prior
exam have been depleted.  Over the past ten to twelve years the exam has
been offered approximately every other year however there have been as
many as six years between exams in the modern era. (Historically the
longest period between written exams and the addition of new guides was
22 years- 1929 to 1952!!!! During that period the guide force
fell to an all time low of less than fifty individuals licensed.) One
guide from that 1952 test was still active until December 14, 2012.

According
to precedent  the top
scorers from this very competitive test will be offered the opportunity
to compete in
the oral exam phase. As a result of the 2008 written exam, 135
individuals took the test with 19 moving on.  Of those 19
individuals, nine completed the process and were licensed, ten failed
the oral exam process or withdrew before completing it.   The
December of 2010 exam saw 165 candidates take the test with the top 20
scores moving to the oral exam phase.  One could not make the
required two-day training session and was dropped,  The remaining
19 were tested with approximately half receiving their guide license. The 2012 written exam had 153 candidates register with twenty qualifying to move on. The minimum qualifying score was approximately 90%.

The next examination is not currently scheduled and it will not be offered before 2020 at the earliest.  Preparations should continue so you are ready whenever the formal test date is announced.
When the exam is announced you may contact Supervisory Ranger Angela Atkinson to have your name placed on the notification list.

Once a future exam date is announced the Association of Licensed Battlefield Guides, Inc. will again offer a series of test-prep classes. 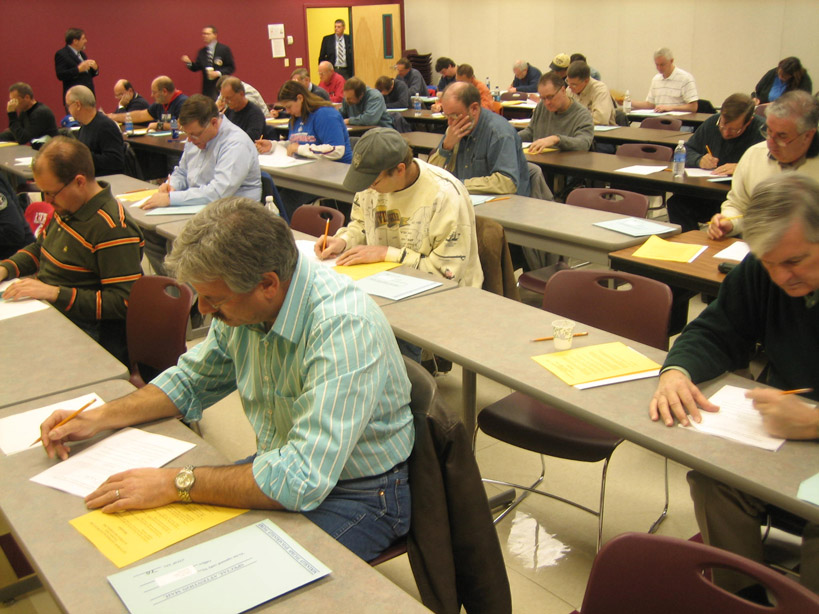