Note: Due to the onset of COVID19 and its associated restrictions we moved Mr. Kirkwood’s presentation to the current year.  Unfortunately, conditions in Pennsylvania and nationwide still are not settled to the point where we can comfortably meet.  Regretfully, the 2021 session is canceled until further notice.  Updates will be posted here as they are available. 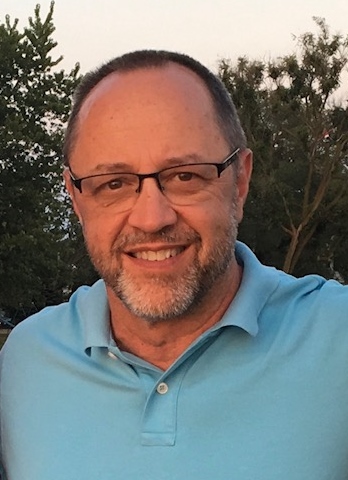 The Association of Licensed Battlefield Guides is pleased to announce information for the 2020 Visiting Scholars Banquet to be held at The Dobbin House Tavern & Restaurant on Friday April 3, 2020 in Gettysburg.  The program cost, including all-you-CARE-to eat buffet dinner served in the Dobbin House’s Abigail Adams ballroom, will be $35 per person.

This year’s scholar will be Ron Kirkwood,  the author of “Too Much for Human Endurance: The George Spangler Farm Hospitals and the Battle of Gettysburg,” which was published by Savas Beatie in hardcover in June 2019 and went into its second printing in October. 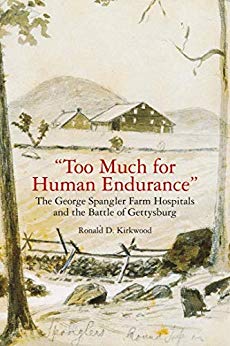 Kirkwood argues in “Too Much for Human Endurance” that logistically the George Spangler farm was the most important farm in the Battle of Gettysburg, revealing factors that have long been overlooked. The book also presents newly found information about Confederate Brig. Gen. Lewis A. Armistead’s time at Spangler, the Granite Schoolhouse hospital, the Spanglers, the Artillery Reserve and stories of the suffering and heroism of the surgeons, nurses, wounded and mortally wounded at the two hospitals on the Spanglers’ land. The names, wound and treatment of more than 1,400 men at the XI Corps hospital are listed in the book.

Kirkwood retired after a 40-year career as an editor and writer in newspapers and magazines including USA TODAY, the Baltimore Sun, the Harrisburg (PA) Patriot-News, and the York (PA) Daily Record. He edited national magazines for USA TODAY Sports and was National Football League editor for USA TODAY Sports Weekly. He won numerous state, regional and national writing and editing awards during his career and managed the copy desk in Harrisburg when the newspaper won a Pulitzer Prize in 2012. Kirkwood is a Michigan native and graduate of Central Michigan University, where he has returned as guest speaker to journalism classes as part of the school’s Hearst Visiting Professionals series.

Kirkwood has been a Gettysburg Foundation guide at the George Spangler Farm Civil War Field Hospital Site since it opened in 2013. He lives in York with his wife of 43 years, Barbara, a retired first-grade teacher.

Join the ALBG for an informative evening!