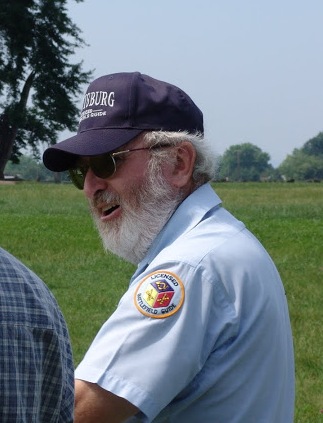 John J. Weixel, III, 66 of Gettysburg and formerly of Vermont passed away Wednesday, Oct. 2, 2013 at the Gettysburg Hospital. He was the loving husband of Linda J. (LeBlanc) Weixel, Gettysburg.  He was born July 20, 1947 in Teaneck, N.J., the son of the late John Joseph, II and Doris Marie (Burke) Weixel.  John had a great interest in the Civil War and after retiring from a long career as a Certified Public Accountant and Banker, he and his wife moved to Gettysburg where he became a Licensed Battlefield Guide. In addition to his wife, John is survived by his children and step-children, Jack Weixel and his wife Sarah, Denver, Colo., Jefferson Weixel and his wife Cassie, Mansfield, Ohio, Grant Weixel, North Carolina, Angela Weixel, Columbus, Ohio, Shelley Bessette and her husband Brad, Barre, Vt. and Scott Reno and his wife Michelle, Milton, Vt.; brothers and sister, Carrollann, James, Mary, Elizabeth, Stephen
and Gregory; grandchildren, Hayden and Walter and very special niece, Pamela.  Funeral services will be held Monday, Oct. 7, 2013 at 3 p.m. at the Peters Funeral Home, 321 Carlisle Street, Gettysburg with Rev. Michael E. Allwein officiating. A time to share memories and an opportunity to view will be on Monday from 1 to 3 p.m. at the funeral home.  Contributions in memory of John J. Weixel, III may be made to the Amyloidosis Foundation, Inc., 7151 North Main Street, Suite 2, Clarkston, MI 48346.