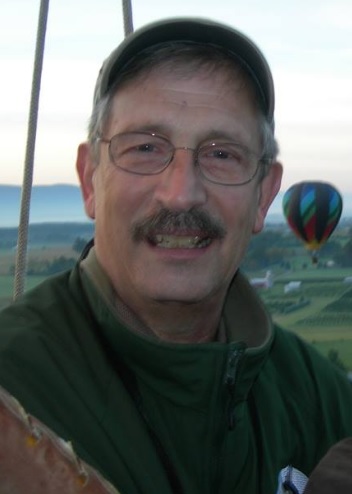 On April 18, 2016,   John Watson Vollbrecht, age 68, died in his home in Herndon, Virginia after a long battle with cancer. John was a loving husband to his wife of 40 years, Kathleen Vollbrecht; and devoted father to his two daughters, Christina Vollbrecht and Cynthia Vollbrecht Goode; and his son-in-law Charles Goode. He is survived by his two brothers, Tom and Bob Vollbrecht, and many dear friends. John was born in 1947 in Dayton, Ohio to two WW II Navy veterans, John J. Vollbrecht and Ruth Kershner Vollbrecht. An Eagle Scout, John attended Oakwood High School Class of 1965 and Wittenburg University 1969, and later earned his M.B.A from Troy State. He served his country with honor in Vietnam as a 1st Lieutenant in the U.S. Air Force. He was honorably discharged as a Captain after 10 years of service. John met his wife Kathy in Ulm, Germany and they were married on June 29, 1976 in Basel, Switzerland. During his 30-year career as a Project Manager at Boeing/SAIC, John and his family lived in Seattle, Ohio, Alabama, and Virginia. John was awarded the Silver Snoopy award for his work with NASA, and he was a Licensed Battlefield Guide at Gettysburg for 20 years. He earned Badge # 128 as part of the “Blue Shirt” 1995 Class of LBG’s. He became a cancer survivor at age 37 and again at 63 before finally succumbing at 68. John touched many lives with his love and faith, humor and intelligence, and his strength in the face of adversary. His last tour of the battlefield was on Saturday, April 9th when he took a group of his old military buddies on a tour of the Gettysburg battlefield. A memorial service was held at 12 Noon on Saturday, April 23 at King of Kings Lutheran Church, 4025 Kings Way, Fairfax, VA. Burial, with full military honors, took place at Arlington National Cemetery at 9:00 AM on January 9, 2017. John was interred in the Arlington Columbarium,  Section P2 in a niche on the top level, second from the left.